Vogue – How The Fashion Magazine Adapted To Online 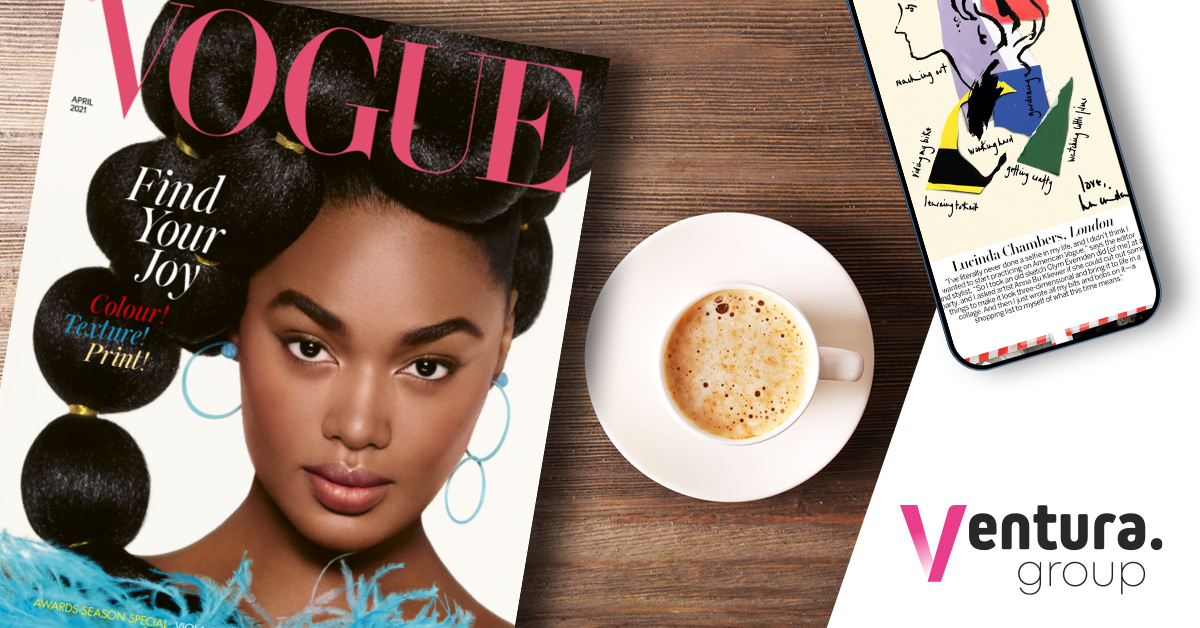 How did Vogue, the most recognised fashion magazine in the industry, adapt their traditionally offline brand into the world of online…..

By working alongside the world’s biggest brands across the web and incorporating influencers into their social presence. They are maintaining and expanding their cult following that spans generations, nurturing and adapting it as it continues to grow.

Where it all began…

Established in 1892, Vogue was originally a weekly newspaper distributed in New York. The publication became global in 1909 with the birth of British Vogue, and from this point, it became known worldwide as ‘The Fashion Bible’, educating the world on the next “big thing” in fashion and upcoming designers.  By featuring the most famous faces on the planet, Vogue adapted to changing popular trends the world over.

The rise of Digital…

And then along came the internet, the biggest technological development of the 20th Century. The world’s most famous fashion magazine had to adapt to the evolving online space whilst maintaining its infamous brand image and high-profile reputation in print.

The first challenge for Vogue was transforming their traditional coffee table magazine into digital. Similar to most of the printable press, Vogue quickly adapted to online by offering readers downloadable copies of the editorial that they could read on the go from their mobile device. Subscriptions soon had the option to be digital, printed or a combination of both, expanding the markets of national Vogue publications beyond borders. Vogue also introduced an online newsletter, encouraging readers to sign-up to receive email updates informing them of new content posted across Vogue’s online channels.

A draw of the internet is the fast-paced, reactive nature of the content it publishes. It was necessary for Vogue to adapt: creating a higher volume of content, publishing frequently online and covering a greater number of topics. Various blogs and online-exclusive articles are now published daily across Vogue’s websites and promoted on social media profiles to readers from all over the world. Website content is split by category, opening Vogue to cover more than just fashion, tackling real-world news items and topics of discussion relevant to their market.

Vogue has also adapted to publishing content to social media, steadily growing their online audience. American Vogue now has over 31.5 million followers on Instagram, 13.9 million followers on Twitter and 9 million likes on Facebook. The sharing functionality of social media extends the reach of online content too, allowing more people to engage with Vogue’s social profiles and any content promoted there.

They have also adopted the online-born influencer. One of Vogue’s most popular online features is their celebrity makeup tutorial video series on YouTube, featuring the likes of Gigi Hadid and Kim Kardashian. Celebrities simply take the viewer through their daily makeup routine, sharing their favourite products and overall recommendations. Following the release of Madison Beers’ video in February 2021, the Charlotte Tilbury blush and contour she used sold out proving the power of Vogue. The video has been shared countless times across social media, earning a total of over 6 million YouTube views at the time of writing.

Another hit series for the Vogue YouTube channel is the infamous 73 Questions series. Influencers are followed by Vogue through their home or place of work as they answer a series of scripted questions. The likes of Victoria Beckham and Taylor Swift have featured in the series, with Kendell Jenner’s 73 Questions receiving over 43 million views.

This is just one example of how print publications have successfully adapted to building a presence online and modified their traditional content for the next generations.