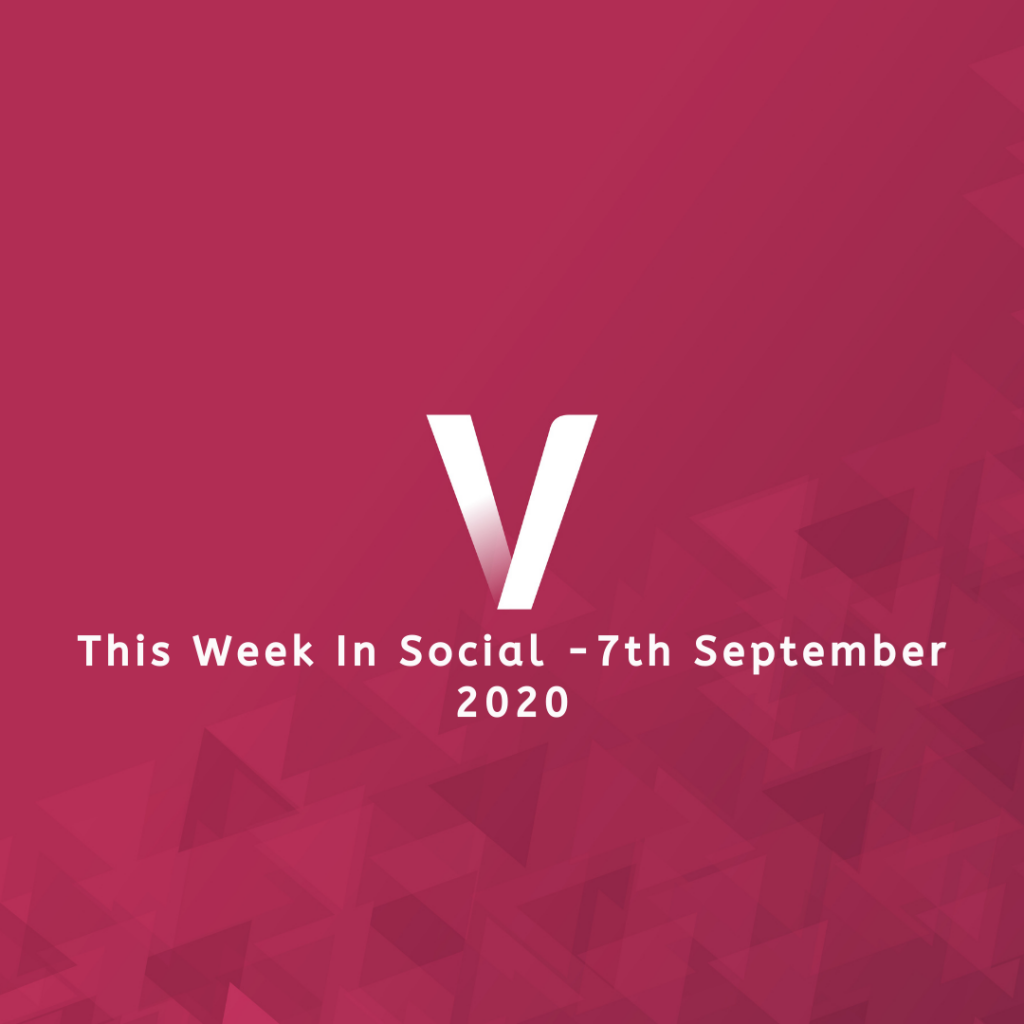 Welcome to our bumper edition of This Week In Social!

We missed you last week, but today we’re back with double our social media news updates, covering the most important updates from your favourite social media channels in the past 14 days.

As always, we encourage you to keep an eye on the world of social media to expand your following and extend your reach. You can do this by following Ventura and liking our social profiles to receive daily updates on your timeline. We post a This Week In Social round-up of news from the past 7 days every week, check out previous This Week In Social blogs here.

The most downloaded worldwide apps from August 2020 have been revealed. With more than 63.3 million installs, TikTok was the most downloaded app last month despite it’s controversy and numerous threats of suspension from The White House and other nations. Facebook was the third most downloaded app, behind video conference giant Zoom which has seen a huge rise in installs since the start of the pandemic. Snapchat is at number nine, behind Instagram and WhatsApp which claim the spots of fourth and fifth. See the full top 10 list here!

New algorithm can identify misogyny on Twitter. Great news for female Twitter users as new AI claims to have the ability to analyse the context of tweets to decipher between abuse and sarcasm in relation to misogynistic content on the platform. The process began by mining 1 million tweets, then an Australian team of researchers from Queensland University of Technology (QUT) searched the dataset for tweets containing three misogynistic terms. According to the developers, the model identifies terms with 75% accuracy with the possibly for it to be adjusted to pinpoint racist, ableist and homophobic content.

Twitter has also started adding headlines and descriptions to some of its “trends“. Why? Because Twitter wants its users to better understand why certain topics are trending, providing additional context for those browsing the Explore section of the platform. Read the full announcement tweet here.

TikTok joins Europe’s code on tackling hate speech. TikTok has joined the European Union’s Code of Conduct on Countering Illegal Hate Speech this week, claiming “we never allowed hate on TikTok, and we believe it’s important that internet platforms are held to account on an issue as crucial as this”. According to Cormac Keenan, the ultimate goal is to eliminate hate speech on TikTok completely.

TikTok has also launched new education sessions. That’s right, free education sessions from TikTok are coming to those who use the platform for business. The first is a webinar in which attendees will “learn how brands can leverage augmented reality to engage with the TikTok community through head-turning, campaign boosting branded effects”. If you’re interested in signing up for the September 10th event, register here.

Recent improvements have been made to feed rankings on Pinterest. Personalised home feeds have arrived on Pinterest with more relevant content being pushed to the top of the page. 90% of active Pinners use the platform to plan for purchases or to make them, therefore more ads are also going to be shown in the home feed. Video pins are also being prioritised – despite the fact that video has not grown in popularity on the platform – with the new option to select tags when you upload a video pin, allowing the content to be more relevant to the user. Read more about Pinterest’s improvements here.

Learn how to find licencing information on Google Images in the search engine’s new guide. Find which images you can legally re-use on Google Images with “Licensable” labels from Google. A badge claiming the image to be “licensable” will be displayed over the picture in Google Images, a link will show the details of the image and show users where to purchase or license the image. This is an upgrade from “Usage Filters”, but Google remain unable to definitively brand images listed as reusable as free to all. Users will be still be obliged to complete their own, full research into individual licensing requirements.

New feature “Suggested Reels” comes to Instagram. Instagram are launching a “Suggested Reels” section to the main feed, a feature which has already popped up in the app for some users. The new section will be located between feed posts, highlighting the most relevant short-form videos for you to browse. Reels has been received averagely well, but this new boost is set to extend user’s exposure to Instagram’s answer to TikTok videos.

Twitch launches Watch Parties to all creators worldwide. But there’s a catch, the title being viewed must be associated with a Prime or Prime Video subscription (in the streamer’s region) as Twitch is owned by Amazon. For streamers with a global audience, content has been labelled “Broadly Available” if it is able to be viewed around the world, meaning that most Prime subscribers on Twitch can watch this content. The next step from Twitch is to make Watch Parties available on mobile devices, a feature which is estimated to be launched in the next few months.