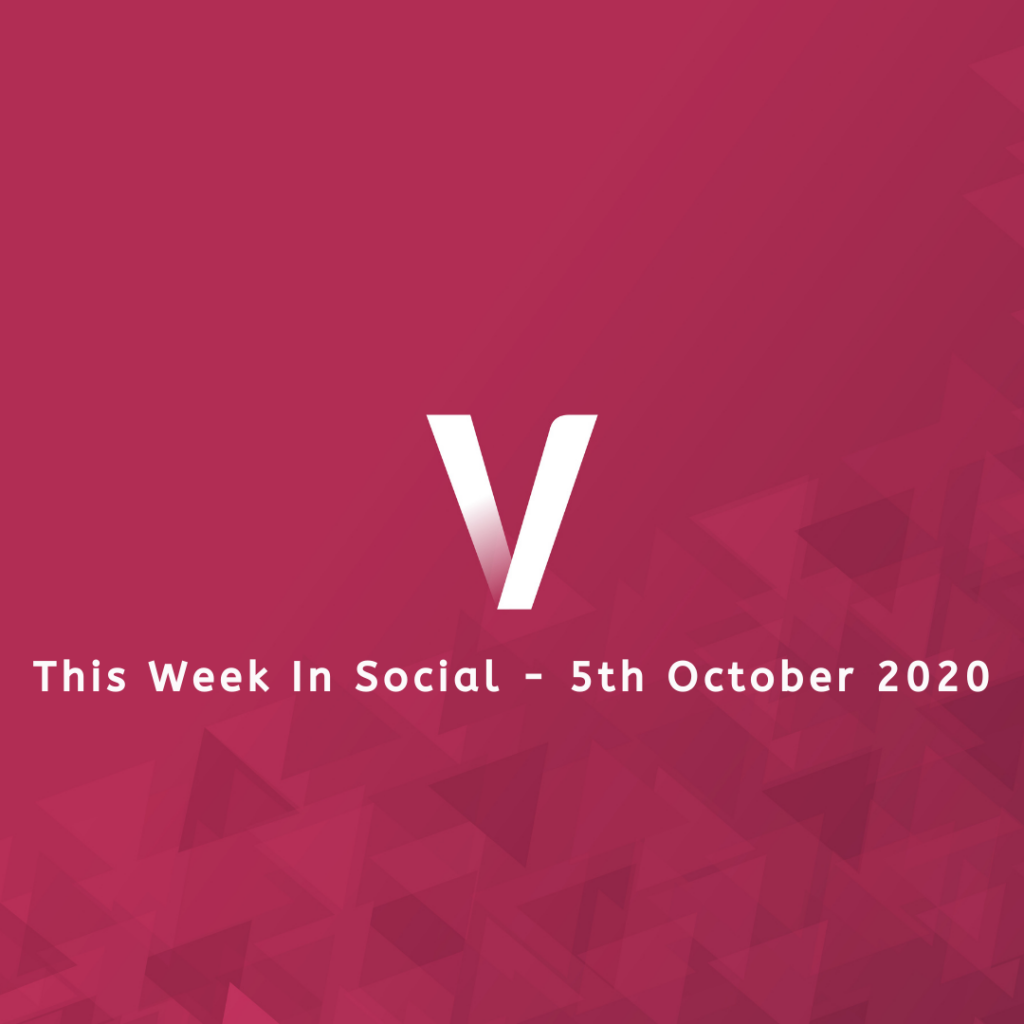 This has been a busy week for social media.

This week there have been a few new features and updates revealed across the world of social media, from Pinterest to Facebook to Snapchat to Instagram (who turned 10 this week, anyone else feel old?). We’ve provided you with a full run down of our updates below, but if you’re hungry for more follow Ventura and like our social profiles to receive daily social media news updates on your timeline. Alternatively, check out previous This Week In Social blogs here!

Facebook merges Messenger chat with Instagram. In short, Instagram’s direct messages have been replaced by Messenger, which was previously only used in association with the Facebook app. For the first time, users will be able to send photos, videos and general chat between both the Facebook and Instagram platforms, with Zuckerberg’s ultimate goal to incorporate WhatsApp too in the future. In order to merge Messenger with Instagram, you must provide consent and update your app, so be aware this won’t happen automatically. Currently the Messenger-merge is only available in a few countries, but it is thought this feature will be rolled out globally very soon.

Pinterest has announced new creators festival. The festival will feature a range of speakers – both internal Pinterest employees and experienced marketers – with the aim to advise and provide tips on how to build an effective Pin presence. Pinterest have also launched a new initiative: “Make The World Make”. This aims to boost community participation and highlight the site’s top creators with the overall goal to fill the internet “with as many courageous, thrilling and immediate ideas as we can.”

Ecommerce options come to IGTV and shopping is tested on Reels. IGTV has gained ecommerce options, allowing viewers to make purchases with just a few taps. Shoppable IGTV videos will be added to the Shops tab in the Instagram app, with the option to make purchases without leaving the app. Reels will also be getting an ecommerce makeover later this year, with Instagram stating “By bringing shopping to IGTV and Reels, we’re making it easy to shop directly from videos. And in turn, helping sellers share their story, reach customers, and make a living”.

In their fight against misinformation, Facebook have removed some Trump administration election ads. That’s right, Facebook took down Trump’s election ads after they made inaccurate claims against Coronavirus and immigration. More than 38 versions of the ads were run on the platform and were seen by hundreds of thousands of people according to The Guardian. Facebook’s Andy Stone told NBC News, “We rejected these ads because we don’t allow claims that people’s physical safety, health, or survival is threatened by people on the basis of their national origin or immigration status”.

Snapchat has launched “First Commercial”. First Commercial is a high impact ad option, enabling marketers to reach engaged video viewers on the Snapchat app. With Discover viewership increasing, the upper-end ad option boosts opportunity for those looking to connect with a younger audience. As per Snapchat, “First Commercial is effective, efficient, and now easier than ever to buy. With its move into general availability in Ads Manager, we’re unlocking the ability to run Extended Play Commercials up to 3 minutes in length, transact via self service, and enable conversion tracking. This gives advertisers the ability to access First Commercial seamlessly alongside their existing, always-on video campaigns in Snap Select.” Find out more about First Commercial here.

Happy tenth birthday Instagram! To celebrate the occasion, Instagram have added new features and updates including a Stories Map. In a move which is similar to Snapchat, those who tag their Instagram Stories with a location sticker will be placed on a map which highlights their location. This map will also be a visualisation option when you’re browsing the Stories Archive. Instagram is also adding a range of icons for the app, aligning with the new “customised home-screen” iOS14 trend. There are a range of app icons to select from, simply update your Instagram app, head to settings and select the icon that best suits your home-screen’s theme. Read Instagram’s full tenth birthday blog here.