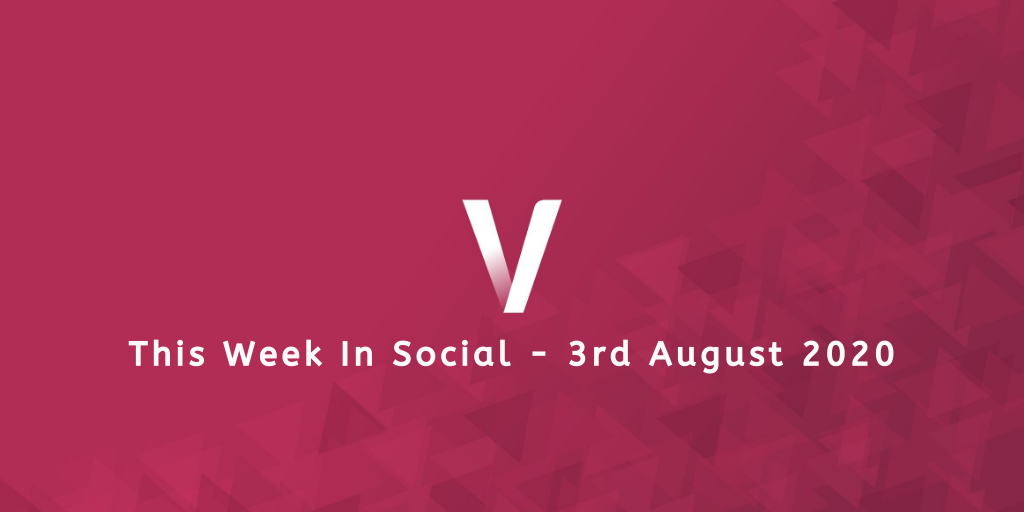 It’s the feature that has had us all talking, and now it’s live…

That’s right, Instagram’s Reels has finally been released. This feature will be rival to TikTok, with Facebook’s hopes high of it gaining popularity with Generation Z.

This week, Instagram has launched Reels. Described as “a new way to create and discover short, entertaining videos”, Reels allows users to create 15 second video content with audio, effects and editing tools. As we have reported in previous This Week In Social blogs, Reels is set to rival TikTok as the Chinese-owned app has been banned in India and faces bans in the US (more on this below). Reels videos can be found in the Explore tab of the Instagram app, where a selection of videos will be showcased to viewers in a vertical feed customised for the user. “Featured” Reels are videos which have been selected by Instagram to aid the discovery of original content; if your Reel is featured in Explore then you will receive a notification. Instagram describes Reels as providing “people new ways to express themselves, discover more of  what they love on Instagram and help anyone with the ambition of becoming a creator to take centre stage”. Reels is now available in 50 locations, so let us know which video feature you prefer, TikTok or Reels!

The first ever CitizenSnap has been published. Snapchat have released a report outlining their contributions to societal improvement. The report is split into 3 sections: People (racial issues and issues of equality), Planet (environmental responsibility) and Society (societal impact). Snapchat highlight their initiatives to encourage voting and their “Here For You” platform which supports mental health. The company also claim they are also committed to paying a living page and have reduced their use of disposable packaging in their cafes by 69%. Snapchat note they have also diversified their leadership team in a Diversity Report which was published earlier this year.

Snapchat has also landed deals with top music companies to add songs to videos on the app. Bloomberg reported on Monday that Snap Inc is introducing a new feature that will let Snapchat users to add music to their posts within the app, “creating a way for young people to share songs with friends”. This is also a new promotional opportunity for the music industry as Snapchat has reported attracting over 210 million daily active users.

Microsoft is considering buying TikTok. There are rumours that the CEO of Microsoft, Satya Nadella, is in talks with Trump regarding the future of the app in the US, with the aim to reach a settlement so the tech company can purchase TikTok. In a blog post released on Sunday, Microsoft stated it was “prepared to continue discussions to explore a purchase of TikTok in the United States”. According to the blog, discussions are “preliminary” but Microsoft are considering privacy concerns to “ensure that all private data of TikTok’s American users is transferred to and remains in the United States”.

Black Business August has come to Facebook. To support and highlight black-owned businesses, Facebook is investing in the black community through “a month-long series of training, programming and small business spotlights”. The social network has partnered with the U.S Black Chambers Inc. (USBC) to host virtual events, small business panels and share stories of success from black-owned business throughout America. To learn more or register for the program, click here.

Facebook Messenger Rooms arrives on WhatsApp for the web. In the next step to integrate their network of apps, Facebook has merged Messenger with WhatsApp on the web. Users can now access group video calls of up to 50 people with no time limit via WhatsApp on desktop. Between Messenger and WhatsApp, more than 700 million accounts participate in calls every day so the feature is set to be huge. This feature is already available in some countries, but it is rumoured it will roll out globally very soon.