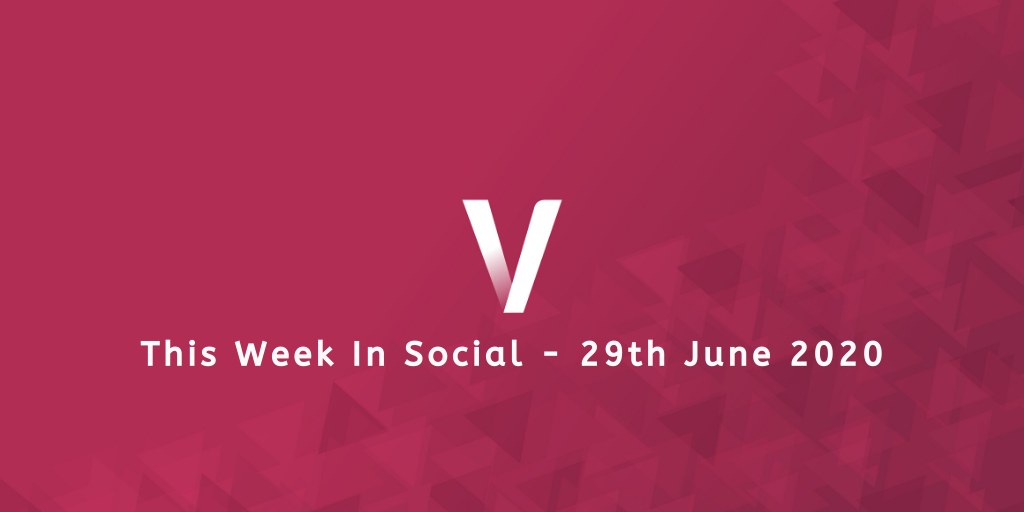 This week Facebook has axed Lasso (their app built to rival TikTok) as YouTube and Instagram look to create new short-form video features with a similar goal in mind. It will be very interesting to see if any of these updates knock TikTok off the top spot! Meanwhile, keep up to date with the latest features from your favourite networks to keep your social media content relevant and favoured by algorithms.

TikTok For Business has launched. It’s official, TikTok has released a new brand platform called “TikTok For Business” that will serve as the home of the marketing on the short-form video app. The site will include access to TikTok ad formats, brand takeovers, in-feed videos and hashtag challenges (wow). All of the above are intended to boost engagement, offering marketers the option for their content to not just be seen, but to be interacted with. AR ads have been introduced to TikTok too, indicating that the app is ready to take on Snapchat. TikTok For Business will organise ads in one place and will have a section for new ad formats and products as they are released.

Facebook expands creator monetisation program and introduces new ad options. In a blog released on Monday, Facebook announced their plans to monetise from creators on the site following the spike in the use of live video during the pandemic. Fan subscriptions and Stars (monthly reoccurring payments with benefits, created with the aim to build a loyal fanbase) will be available to more creators, allowing audiences to further support creators during this time. Now, any Facebook page that meets the eligibility criteria will be able to sign up for monetisation. There will be ads in short-form videos too, resulting in the monetisation of videos 60-180 seconds in length. Facebook have also developed ad formats for live video, “including a new type of mid-roll ad that plays in the main video player during the live stream”.

Facebook have also announced a new News Feed algorithm update. There will be more emphasis on original reporting, boosting content from news websites that increase transparency around their authors. But what is original reporting? Essentially Facebook will favour outlets that are first to break a story. The unexpected change follows the rise in social media users turning to sites such as Facebook as their main news source increases.

On Tuesday, LinkedIn launched their new “Support” reaction. As we report a couple of weeks ago in This Week In Social, LinkedIn have been planning on adding a new reaction to the site after a user contacted LinkedIn’s CEO, Jeff Weiner, regarding the suitability of the reaction options. The Support reaction is the image of a purple hand holding a red heart, and is aimed to be used when liking a post or celebrating it doesn’t fit with the overall tone of the news shared. Check it out on LinkedIn now!

LinkedIn have also launched a new career opportunities hub, aiming to assit those on the job hunt. The new initiative will help job seekers identify key skills in demand and apply for roles following the decline in employment and increase in redundancies in the COVID-19 pandemic. Will you be recommending LinkedIn’s new career initiative to someone looking for work? Let us know!

This week, Snapchat launched a new shoppable AR “try-on” campaign with Gucci. Snapchat users will be able to purchase items through the new AR lenses that mimic the “trying-on” process of real life shopping. This campaign highlights the potential for AR in different eCommerce sectors, as we have previously seen the “try-on” feature used in ads for make-up products. In a statement, Gucci stated “Snapchat and Gucci are launching the first global sponsored augmented reality shoe try-on Lenses on the social media platform. Gucci will feature four pairs of sneakers in two different Lenses (each Lens will showcase two pairs). Snapchatters will be able to try out the shoes in AR to see how they look.”

Animated stickers, QR codes and new video options have come to WhatsApp. The announcement came this week, whilst rumours have been running for some time. The animated stickers are similar to those in Facebook’s Messenger, not a surprise as Facebook looks to merge the back-end of it’s messaging platforms. QR codes have been introduced to make it easier to add a new contact (similar to Snapchat) and dark mode is coming to both the web and desktop versions of the service. The most exciting change might be the new “video focus” coming to WhatsApp, which allows users to include up to 8 users on a video call. Now to find 7 other people to video chat…