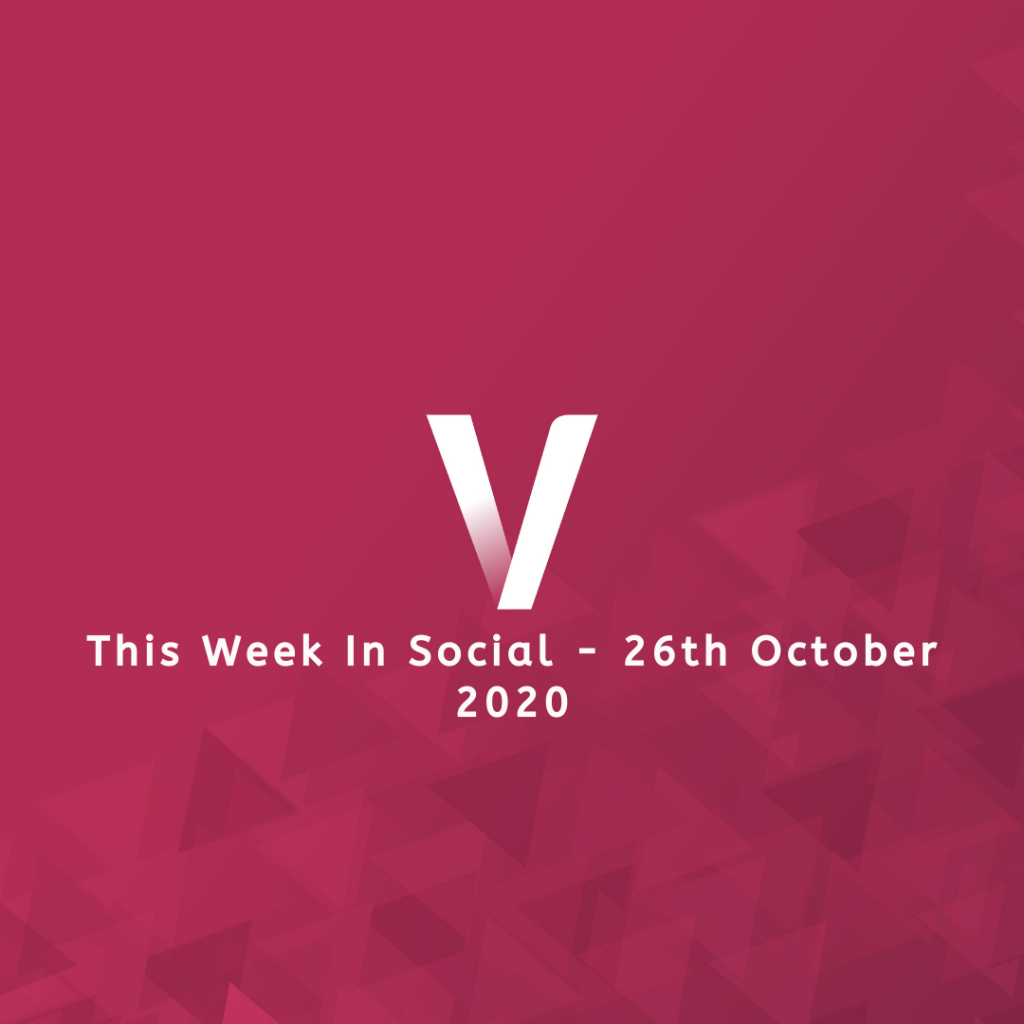 What will change in the world of social media in 2021?

We’ve provided you with a full rundown of our top updates from the world of social media below, but if you’re eager for more follow Ventura and like our social profiles to receive daily social media news updates on your timeline. Alternatively, check out previous This Week In Social blogs here!

Facebook provide insights into ad performance based on frequency. How many times should you show an ad to a potential customer to boost engagement? Facebook have conducted analysis of over 2,400 campaigns to determine at which point ad engagement declines based on frequency. Ultimately it depends on your assets and the strength of your campaigns, but responses were received from customers who viewed an ad four or five times. As summarised by Facebook, “A person seeing an ad more times is associated with better results, but after a point, brands receive less and less benefit”. Read the full report here.

What do experts predict for 2021? Where to start. Firstly, they believe there will be a rise in controversial brand messaging in order to drive sales. It’s no secret that the past few years have shown the best performing campaigns are the ones which had people talking, be it for right or wrong reasons. Gaming and social media will become one-and-the-same, with tech giants such as Facebook making their way into the gaming space and taking up growing percentages of the market. Messaging between users will become more “memetic”, as 55% of 13-35’s  send at least one meme each week. To read the full report from Talkwalker click here!

TikTok has announced a new “global partnership” with Shopify. It is thought the collaboration will help more than one million merchants run campaigns on the short form video platform, with TikTok claiming that a recent study found that half of users discover new products through advertisements. What does this mean for Shopify merchants? Well, through the Shopify dashboard they will be able to add a new “1 click” pixel, gain free ad credit and create campaigns to run on TikTok. The app is also partnering with Shopify with #ShopBlack, a co-branded hashtag celebrating Black-owned businesses and entrepreneurs. Currently the TikTok/Shopify integration is only available in the US, but in their announcement blog TikTok state that it will be available “in other international markets in early 2021”.

New business features come to WhatsApp. This week WhatsApp announced new business features which focus on in-app buying options and provide businesses new tools for managing subscriptions. The Indian market has seen a huge rise in the use of WhatsApp Pay, highlighting an increase in the demand for e-commerce for the platform. It is thought that Facebook will look to take a cut of any sales made through the app in the future, but for now Facebook have revealed “We also want to make it easier for businesses to integrate these features into their existing commerce and customer solutions. This will help many small businesses who have been most impacted in this time”.

YouTube reveals new features for US election day. Election day is Tuesday 3rd November 2020, and social media platforms are looking to avoid blame for influencing the final outcome. YouTube has announced their latest set of prompts and reminders for the big day, including a new election results panel at the top of related search results so users are aware of polls as they begin being counted.  “Timely, relevant information” will be linked at the top of the YouTube homepage and election related news will be featured in “watch-next” and recommended channels.

This week, Instagram has announced an extension on the length limit for Live broadcasts. The current 60 minute limit for live streams has been extended to four hours in order to “help people such as instructors who has to pivot to virtual classes, budding musicians, artists, or activists hosting discussions…”. A new option enabling users to archive their Instagram Live broadcasts for up to 30 days is also coming to the platform. The archive will be similar to the Stories catalogue, and will include comments, likes and other platform-specific details from the stream. For a full rundown of the new features, click here.