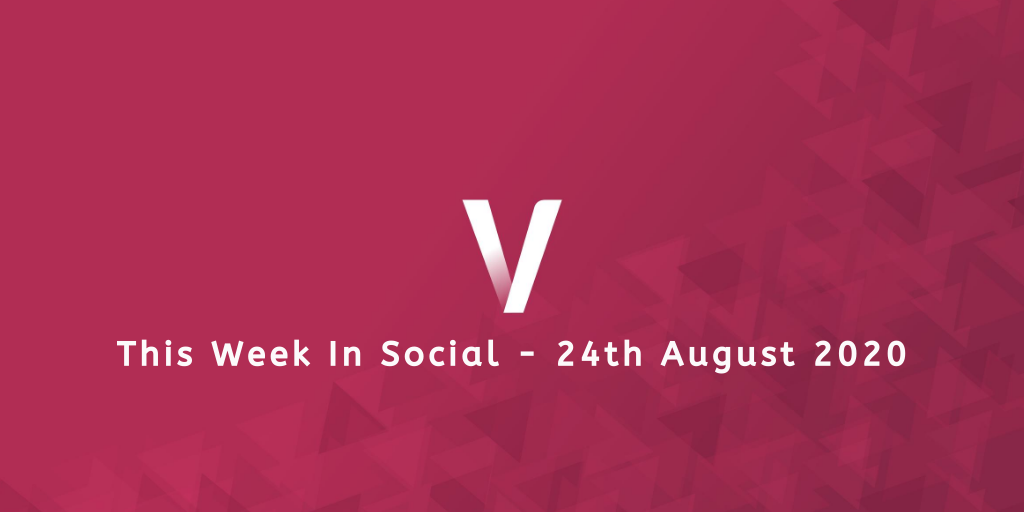 This week has been one for breaking records and releasing updates.

This week TikTok were forced to reveal their official user counts (50 million daily active users in the US) and Facebook have warned advertisers on their Audience Network of the impacts of iOS 14. Of course, so much more has also happened this week, so we’ll take you through some of those stories in more detail below.

As always, we encourage you to keep an eye on the world of social media to expand your following and extend your reach. You can do this by following Ventura and liking our social profiles to receive daily updates on your timeline. We post a This Week In Social round-up of news from the past 7 days every week, check out previous This Week In Social blogs here.

Facebook are making it easier to shop and sell on their app. Facebook’s e-commerce tools have been given an update, providing businesses with more ways to connect with customers and sell directly across the Facebook network. Firstly, a “Shop” tab is coming to the Facebook app, the place for users looking to browse products and make in-app purchases. New customisation of Shops provides layout designs including single products or a group of items. Instagram’s “Checkout” is also being extended to all businesses and creators registered in the US, but to use Checkout they must already “have Shops and use Facebook Commerce Manager”. Initially, Facebook will not be a taking cut of purchases made through the new tools, but it is thought towards the end of the year they will take a percentage of every sale made through their e-commerce listings. Will you be using the updated e-commerce tools on Facebook? Let us know!

Google’s AdSense Reporting update is live. Google has begun releasing the new version of the AdSense Reporting which boasts improved UX and mobile support. The update also provides easier access and visualisation tools, with a range of new buttons and display options accessible from the main screen. It has been said that this update is similar to the Google Analytics update which the company rolled out in 2018. The new AdSense dashboard includes a redesign of the interface making it easier to select date ranges and filters, whilst Google have also removed “metric families”. The update will be rolled out fully by the end of September.

Voting notifications have come to Facebook and Instagram this week. In a tweet on August 21st, Facebook revealed that those of voting age in the US will begin to see notifications reminding them to register to vote. The tweet states, “Voting is a voice, and making sure you’re registered is the first step in making sure your voice is heard”.  This latest move is part of Facebook’s voting campaign announced in June this year, which has the goal to help 4 million voters register via it’s various network of platforms.

YouTube has released its latest Community Guidelines Enforcement report, outlining video and comment removals from April and June 2020. COVID-19 impacted YouTube’s most recent quarter, with the video-sharing giant admitting that it had to rely more on automated systems to detect code violations. According to YouTube, 42% of videos in April and June were removed before they had been viewed even once, with most videos being removed for “Child Safety” reasons. Automated flagging detected the vast majority of comments for removal, with most of the deleted comments detected as spam. Read the full report here.

YouTube history has been made as the record for the most views in 24 hours has been broken this week. BTS – the infamous K-Pop band – received over 101 million views for their new music video in just one day. The record was previously held by another K-pop band who earned 86.3 million views in 24 hours, but last Friday “Dynamite”- the first BTS song sung entirely in English – stole the crown.

Twitter is experimenting with “Quotes”. Quotes would replace “Retweets and comments” on the platform, but just in name as the calculation would remain the same. Selected users are currently seeing “Quotes” on their timelines, with the real issue for Twitter lying in clarity: do Quotes work as an effective listing change? Let us know what you think. Check out an example of the new test here