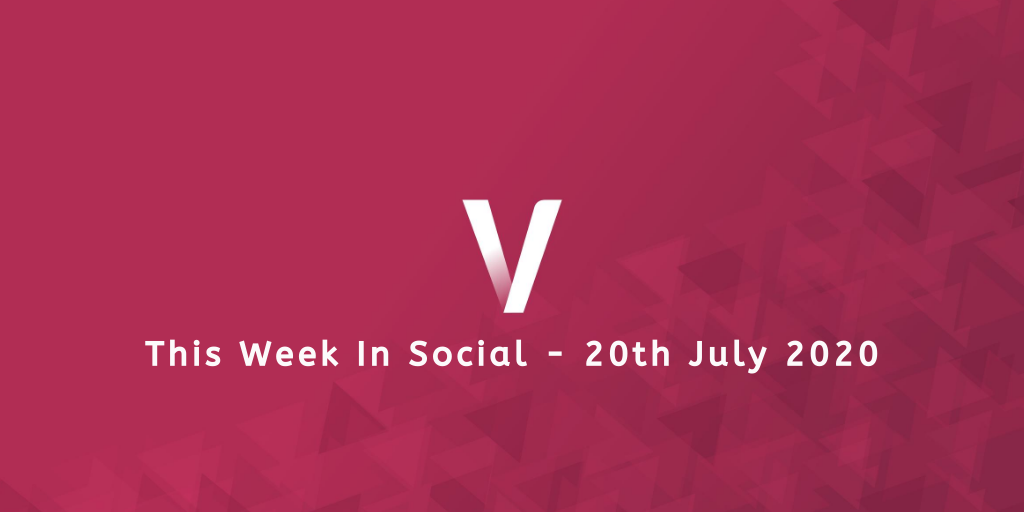 Ready for your social media update?

At the end of last week Twitter was hacked, with verified accounts sending tweets asking their followers to send money to Bitcoin accounts with the promise they would receive double their investment in return. At the beginning of this week Twitter released a blog updating the public on what happened, so give it a read if you’re interested!

Before we jump into this week’s blog, check out previous This Week In Social’s here and follow Ventura on social media for daily updates!

Soon Instagram users in the UK, US and Ireland will be able to raise money in their own personal fundraisers. The test to raise money for personal causes launched on Tuesday this week on Andriod, with reports claiming that iPhone users will be next to receive the update. To create a personal fundraiser, you need to edit your profile and tap “add fundraiser”. Select the option to raise money and then you’ll be asked to categorise your fundraiser, add details and customise how the page will look. All fundraisers will be submitted for Instagram’s team to review before the page goes live and those accepted will be live for 30 days, with the opportunity for extension.

TikTok adds tools to help businesses create more engaging promotions. Whilst the future of TikTok remains uncertain (see last week’s This Week In Social) the short-form video app continues to push ahead with business offerings, announcing an interactive brand ad option named “Gamified Branded Effects”. Brands will build branded games into TikTok clips which can be customised with various elements. There are more than 20 templates available, with similarities being drawn to Snap Inc’s “Lens Web Builder”. Will you be considering using Gamified Branded Effects to advertise on TikTok? Let us know!

Snapchat launches the first of it’s new mini apps. Mindfulness and meditation tool, Headspace, is the first Snapchat Mini app to be released; it is a collection of mental wellness articles to help “any mind, any mood, any goal”. Users can take part in guided meditation with friends and chat with one another directly. The 30 day trail for Headspace is free, though the full mini app is free to the unemployed for the first 12 months. The concept behind Snapchat Mini’s was unveiled to the public by Snap Inc. at the 2020 Partner Summit, where they revealed that the mini apps are essentially mirco-versions of full apps. This provides app developers with a new way of reaching a wider audience without leaving the Snapchat platform. Foundationally, this means that rather than having to prompt users to download their own apps, businesses can replicate similar experiences in Snapchat Minis.

LinkedIn has released their latest performance numbers. According to insights from parent-company Microsoft, LinkedIn’s revenue was up by 10% in the recent quarter and sessions have increased by 27%. Back in April, LinkedIn reported record levels of engagement but Microsoft revealed “LinkedIn was negatively impacted by the weak job market and reductions in advertising spend”.

Touch ID and Face ID is coming to Messenger. When your mates borrow your phone are you paranoid they’re reading through your Messenger chats? Worry no more with Touch and Face ID for Messenger! In app settings you’ll even be able to set how long Messenger will remain “unlocked” after leaving the app.