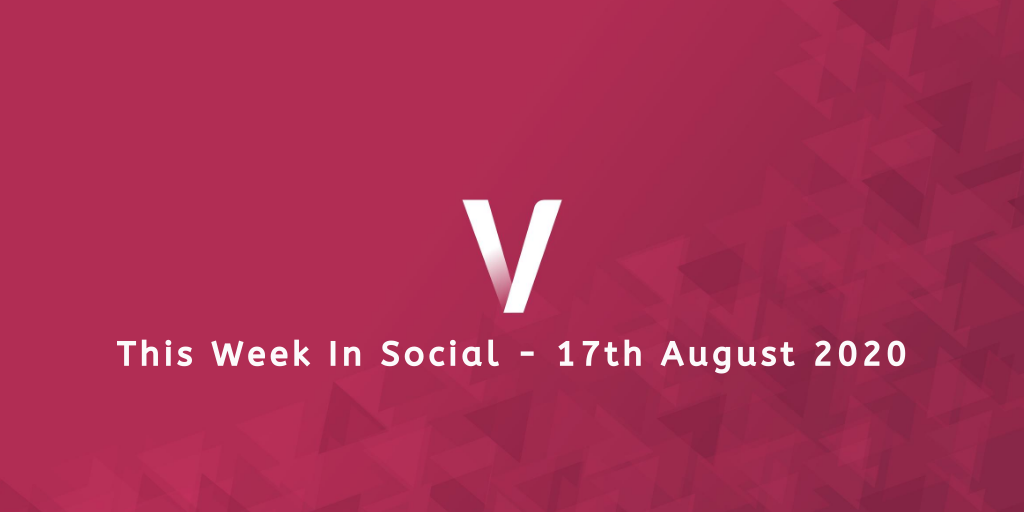 Catch up on the world of social media, what’s happened in the past week?

Social media managers: it’s important you read this edition of This Week In Social. Over the past 7 days, TikTok have released an overview of their analytics platform and Facebook have made some changes to Ads Manager and their Ads Library feature.

Stay on top of social media news by following Ventura and liking our social profiles to receive updates on your timeline. We post a This Week In Social round-up of news from the past 7 days every week, check out previous This Week In Social’s here.

Facebook is updating its ad preferences hub to make it easier to control personal ad and data settings. Facebook’s Product Manager, Rob Leathern, outlined the new update, clarifying what users will be able to control. The redesigned Ad Preferences section will be split into sections for advertisers (insights into which ads you’ve already been shown), ad topics (a view of which topics Facebook’s algorithm believes you to be interested in) and data (how Facebook collects details about you). It is thought that the new update will make it easier for users to maintain full control of their data, alongside enabling Facebook to keep their system up to date.

Snapchat looks to expand off platform sharing options. In an attempt to expand their reach, Snapchat is testing a new feature which would enable users to share the app’s premium content offerings, like the content displayed in their Discovery tab. Axios has reported, “The update will allow Snapchat users to share “Snap Originals”, “Show” and “Publisher Stories” with their friends off the platform using easily sharable links”. Unfortunately vertical formats will remain for those viewing on desktops, but the expansion of sharing options will expose Snapchat content to new audiences. Have you been waiting for Snapchat to release more sharing options? Let us know!

TikTok provides an overview of its analytics tools. Looking to extend their presence as they face an uncertain future, TikTok have published a handy guide on how to make the most of its analytics platform. To use the tools you must switch to a TikTok Pro account, and once this has been set up the insights platform can be accessed through the TikTok app or via desktop. You can view a summary of your TikTok performance under “overview” alongside monitoring your content and follower base (including data such as total likes, comments and shares your videos have received).

Facebook tests a short-form video feed in it’s main app for users in India. Watch out TikTok, Facebook is coming for you! This week Facebook has launched a short-form video feed in the main Facebook app for users on their Indian network, weeks after TikTok was banned in the country. It is thought that since TikTok’s ban in India daily engagement across Facebook’s services has increased by 25% in the area, and with Instagram’s recent release of Reels that figure is only expected to grow. A spokesperson for Facebook has explained, “We’re always testing new creative tools so we can learn about how people want to express themselves. Short-form videos are extremely popular and we are looking at new ways to provide this experience for people to connect, create and share on Facebook.”

Ahead of the 2020 election, Facebook is adding tools to its Ads Library. Users can now track political ad spend on Facebook, providing more transparency into how each campaign is using ads across the Facebook network. A “paid for” disclaimer will alert the public who is funding political ads, “presidential spend tracker” will track spend across candidates and their running mates, and a new widget will enable journalists to share a live Facebook ad spend tracker for candidates. Overall, these tools have been provided for the media, allowing them to contextualise the role Facebook is playing in communicating political messages ahead of November 2020. For more information, click here.

QR codes arrive on Instagram. Users can now generate their own QR codes on the Instagram app supported by third-party camera apps. Why? So businesses can print their QR code and have customers find them on Instagram easily. To generate a QR code, simply go to the settings menu and tap QR code (in the spot which used to be “Nametag”). Save, share and print the image to grow your customer base and increase your social media following.