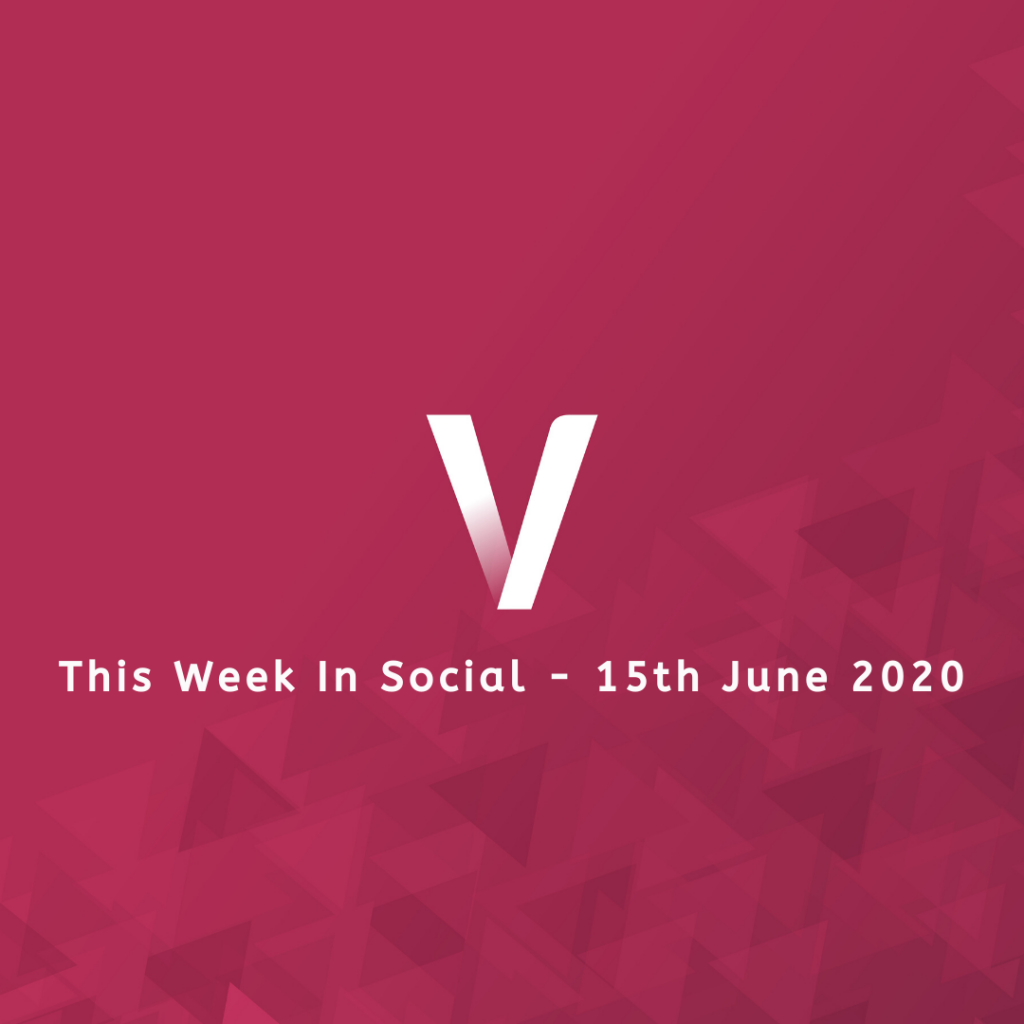 Your weekly guide to social media news from the past 7 days!

This week Pride features have been released by Facebook, and Pinterest has announced a new test. Remember that by keeping an eye on the latest social media news your social profiles remain fresh and favoured by algorithms. Increase your engagement and get your content to new people!

Click here to read last week’s This Week In Social, and click here to head to Ventura’s LinkedIn profile where we post daily updates on everything social media!

Instagram is set to overtake Twitter as a news source this year. According to the 2020 Reuters Institute Digital News report, the use of Instagram for news has doubled since 2018. It is thought that nearly a quarter of the UK’s young people (18-24 year-olds) have used Instagram as a source for updates on the coronavirus in the past few months. But why Instagram? Nic Newman, the lead author of the report, explained that young people “respond well to stories that are told simply and well with visual images”. Where do you go to for your news?

It was announced at the weekend that YouTube commits $100 million to “amplify” black creators and artists on the platform. In a blog, YouTube CEO Susan Wojcicki detailed plans to help and protect black communities on the video sharing site. On Saturday “Bear Witness, Take Action” was aired, a YouTube Original including activists, creators and artists raising funds for the Equal Justice Initiative. Throughout June the Spotlight channel on YouTube “will highlight racial justice” pushing historical and educational content, alongside protest coverage. Wojcicki also stated that YouTube will continue to fight hate and harassment to create a safe environment for black users and creators.

Pinterest is the latest platform to trial ephemeral stories. As we’re aware, the stories format was made popular by Snapchat, but now an increasing number of networks have adopted the feature – the latest of which is Pinterest. They’re experimenting with a feature called “Story Pins”  which will allow creators to share ideas with multiple images, video, text and links. So what makes Pinterest Stories different?  They’re designed for clickable content, for example step-by-step recipes or how-to crafts. Do you think a Stories format will be popular on Pinterest?

Facebook adds new feed background, stickers and effects for Pride Month. With Pride activities postponed due to the pandemic, LGBTQ+ communities can celebrate using Facebook’s new set of stickers, frames and panels. It is not only the Facebook app that is helping users show their Pride, Instagram has introduced rainbow hashtags and Messenger has it’s own Pride effects too. However, the Pride reaction will not be returning, but neither will custom reactions at all, with the announcement post claiming that Facebook is “no longer doing custom reactions for major holidays or moments in culture”.

Twitter has launched audio clips in tweets on iOS this week. Clips of 140 seconds can be added to Tweets by tapping on the new wavelength icon when composing a Tweet. You’ll be able to record audio with your profile photo on the screen and a recording progress bar along the bottom of the app. Audio clips will appear in stream with your profile image in the centre of the Tweet. Concerned you might speak over the 140 seconds? Don’t worry, Twitter have thought about that. They’ve revealed that “once you reach the time limit for a Tweet, a new voice note Tweet starts automatically to create a thread” – phew!